In my last blog I wrote about regrets I had regarding activities involving animals during the roadtrip my son and I took through Thailand. And I really want to write about respecting not only the people that live in the countries that we’re visiting, but also the animals that live there.

We went to Thailand 6 years ago and I read a lot about Thai culture and people and looked forward to everything we were going to experience. We were so excited that we were going to ride an elephant. If only I would’ve read about that before the trip. Animal exploitation unfortunately is a big thing in loads of countries. We all know about shooting wildlife as a prize during a safari in Africa or about bull fighting in Spain. Lots of us feel sorry for the animals and would never participate in activities like that. But there are so many other cruel things we do to animals that we don’t even know about.

Some of us (like me back then) have no idea, but when you really think about it, it doesn’t make much sense that animals freely participate in letting us ride them or doing tricks for us, does it? Sometimes we need to be made aware of things before we understand what’s going on behind the scenes of these acts. And luckily the amount of organizations fighting against animal cruelty grows by the day. Because of that growth the awareness also grows significantly.

I’d like to participate and tell you about the things we did in Thailand that I would never in my life do again.

Let’s talk about riding elephants. We are led to believe that elephants are very fond of people and therefore they really enjoy doing all kinds of tricks for us and let us ride them, bathe them and touch them. Imagine all of these things being done to you. Have multiple people a day touch you and take a selfie with you. Have multiple people bathe you on a daily basis and have multiple people ride your back while being forced to walk the same round numerous times a day. Not really a picnic, right? 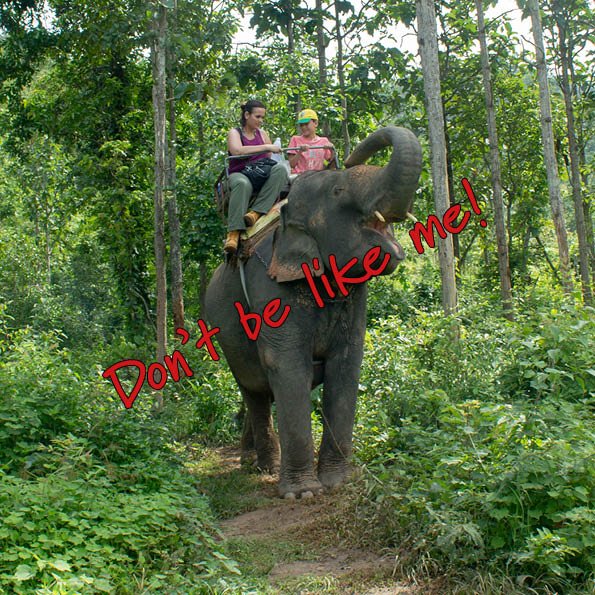 After we came back from Thailand I started googling for info about tourist activities involving elephants. I was in total shock! And extremely angry at myself for not thinking straight. Mahouts (the people tending to one particular elephant day in day out) working for these organizations are not really the friendly caretakers they seem to be. When an elephant is rescued from a circus or logging camp their life barely gets better. Sure, they don’t have to do tricks anymore or log wood, but all the other abuse just goes on. The first months the elephant will be broken to make sure he will obey the Mahout at all times and they use multiple tools to hurt them with in the process. Like a goad that has a nasty iron hook on it. After a full day of entertaining tourists they aren’t free to roam around, but are all taken to a place not visible to tourists where they spend the night. They will be tied up and kept on a relatively small ground right next to each other. They are still very much prisoners of people.

There are many articles you can read about this activity, this is an article I would highly recommend if you want to know more about how these so-called sanctuaries work. It’s written by someone who actually worked for one of these places in hopes of doing good for the elephants.

Since around 2010 lots of articles have been published about elephant riding. In The Netherlands most major tour operators offering elephant rides on their tours to Asian countries (Thailand isn’t the only country offering elephant rides) scratched these activities from their itineraries. Gladly, globally this was becoming a trend. Unfortunately that wasn’t the end of it. Organizations started calling their businesses elephant sanctuaries. They stopped the riding part, but most of them still offer bathing and touching them. If you can do anything else at these sanctuaries beside looking at elephants from a distance, know that it isn’t a sanctuary, but you fell into a trap. No real sanctuary will allow tourists to touch, feed or bathe them. Because animals don’t like that. They are wild animals. So please, if you are interested in checking out elephants do so on a safari where you will spot them from afar and are not allowed to come near them. Or search for a NGO approved sanctuary that will not allow you to come near them, but where you can help by donating money to really help the animals long term. 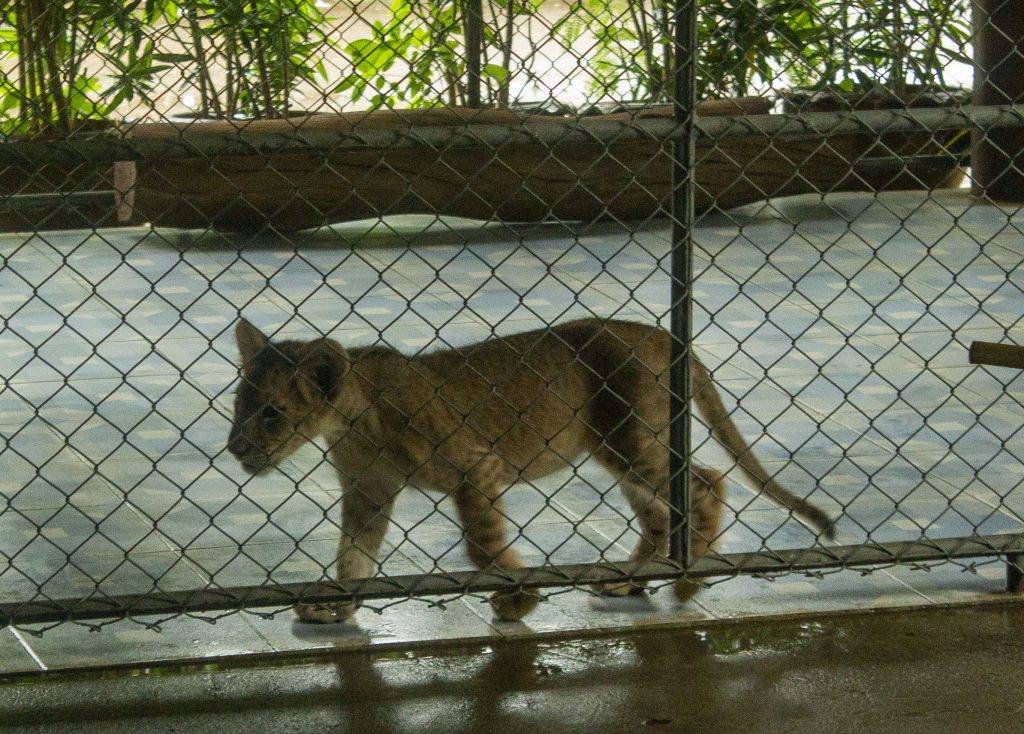 This blog is mainly focused on elephants, but the same goes for other activities like holding a tiger cub or petting a full grown own. These animals are broken, caged and drugged. Another thing I didn’t get myself while in Bangkok and got a picture taken of me with a python around my neck. The poor thing was probably drugged and had to go from shoulder to shoulder for a straight day and after all that he goes back into a cage that is his prison. 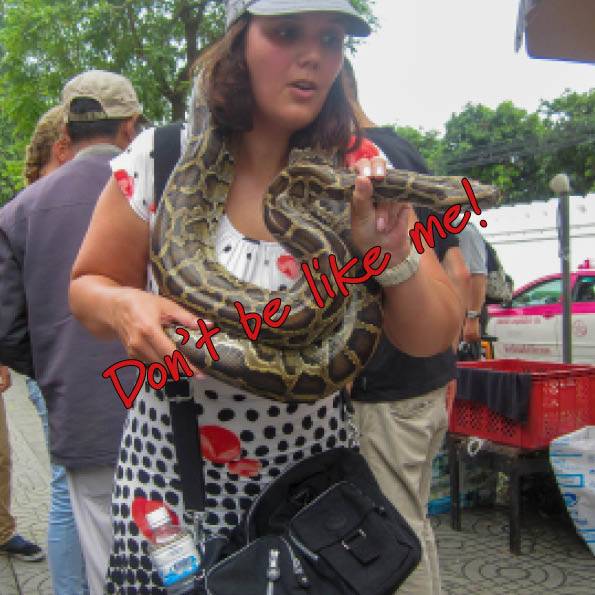 I hope that by telling you all how foolish I was back then, I will create some awareness. Confucius said it best: “Don’t do unto others what you don’t want done unto you.” Words to live by in my opinion. Not only while interacting with humans, but also with animals.

Next time I will go on a safari if I want to get closer to these beautiful creatures. Not to shoot them and hang their skin over my mantelpiece, but to see them in their natural habitat and leave them in piece after doing so.

Have you ever done something while traveling that you regret? Or is there something I forgot that you want to create awareness about? Let me know in the comment section below.